WHAT YOUR BEARD SAYS ABOUT YOUR D&D ALIGNMENT

They say you can tell a lot about a man by his facial hair. I’m not sure who “they” are, but I’m willing to roll with it. Especially when they produce a Dungeons & Dragons alignment chart like this one:

This charming grid was conceived by Alex of The Dungeon Remastered and drawn by environmental artist Adam Alexander. What Alex doesn’t explain is his reasoning behind each style. I suppose that means it’s open to interpretation!

For those who are wondering my alignment according to this is either NG or LG depending on which one I currently have growing. Hmmm.
Posted by Al H. at 11:29 PM 2 comments:

While perusing the internet doing research for my campaign which recently went into the Underdark I ran across these interesting articles. They were helpful in getting into the right headspace while laying out the upcoming sessions.


A Trip by Air and Kayak Through Tham Khoun Xe, One of the Largest Active River Caves on Earth by Christopher Jobson on February 10, 2016 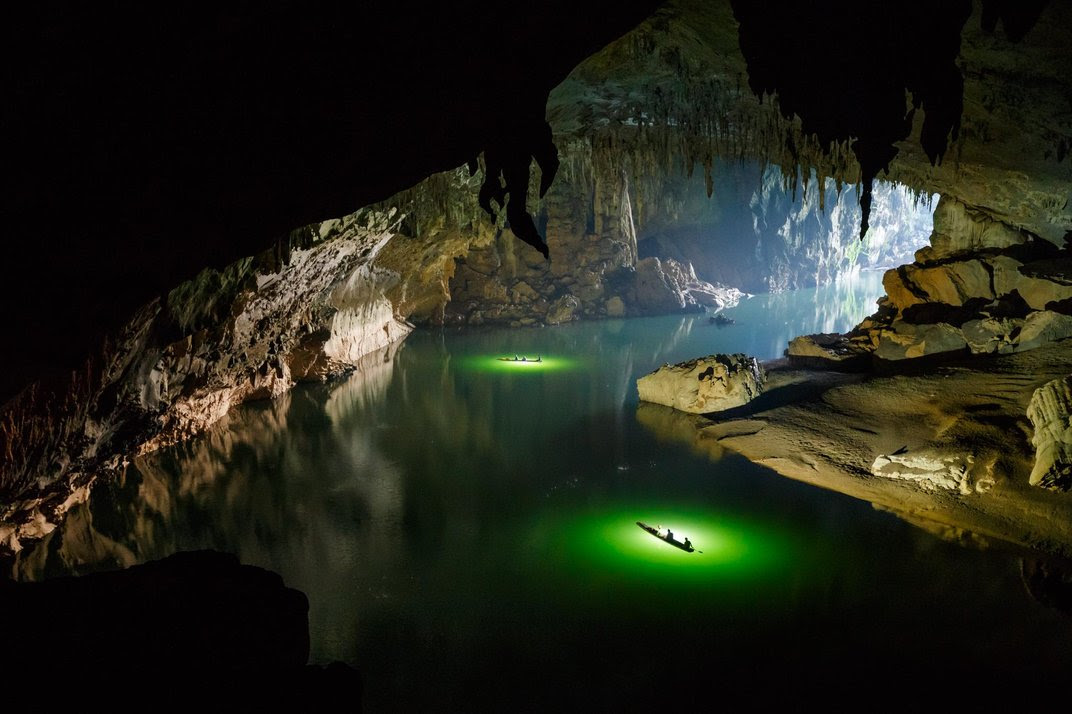 All photos © Ryan Deboodt Photography
Beijing-based photographer Ryan Deboodt (previously) recently returned from a trip to Laos where he spent two days exploring Tham Khoun Xe, one of the largest active rivers caves in the world. Stretching nearly 4.5 miles (7km) underground, the cave system is extraordinarily remote and Deboodt was permitted to photograph and film beyond where tourists are normally allowed to visit. The immensity of the subterranean space is staggering, with an average ceiling of almost 200 feet (60m) and width of 250 feet (76m) it’s hardly imaginable a space like this could exist underground.
Deboodt brought an arsenal of camera and video equipment as well as a drone to capture the expansive interiors of Tham Khoun Xe, much of which he edited into a short video included below. You can follow more of his cave photography from around the world on Facebook or Instagram, and read an interview about the endeavor on Smithsonian. 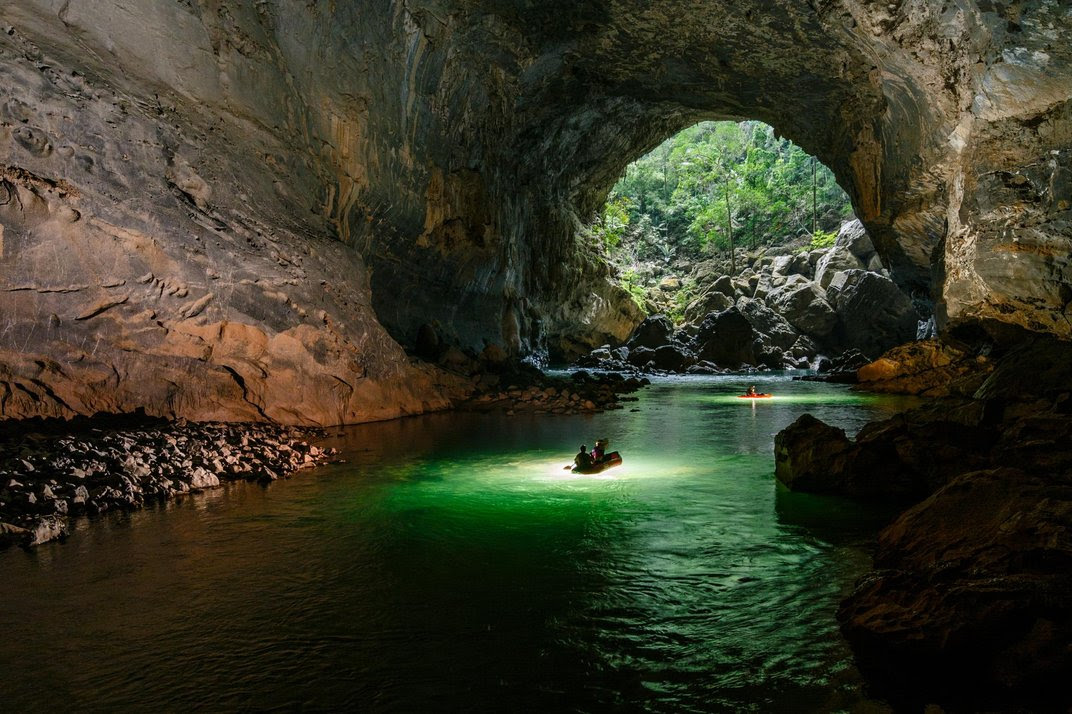 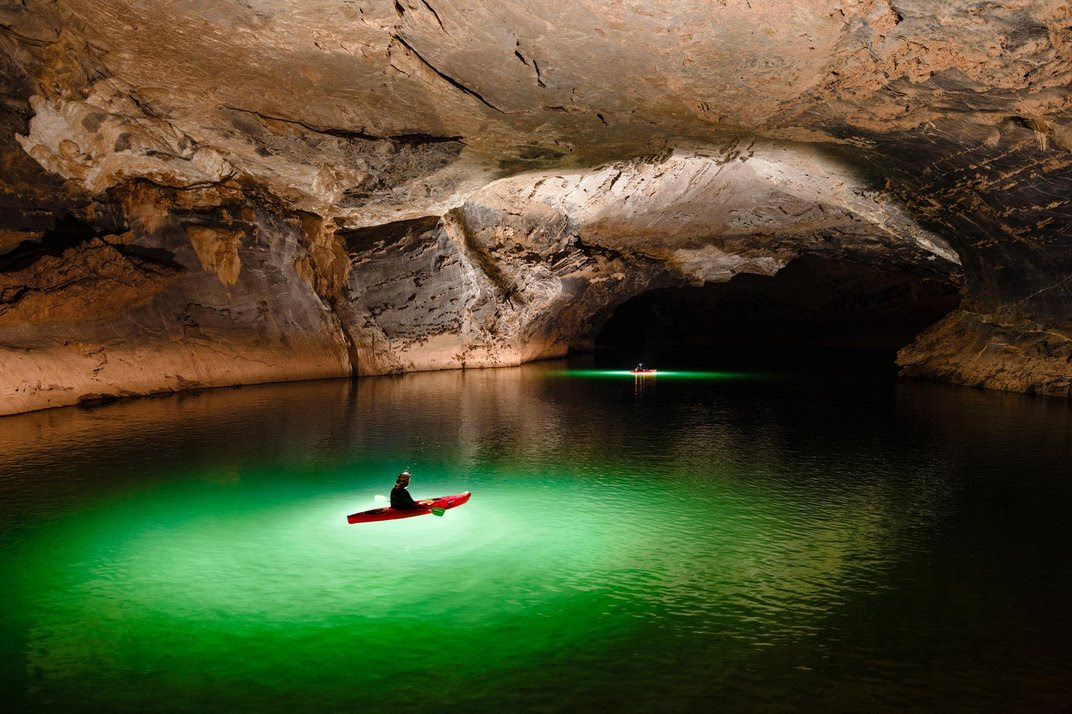 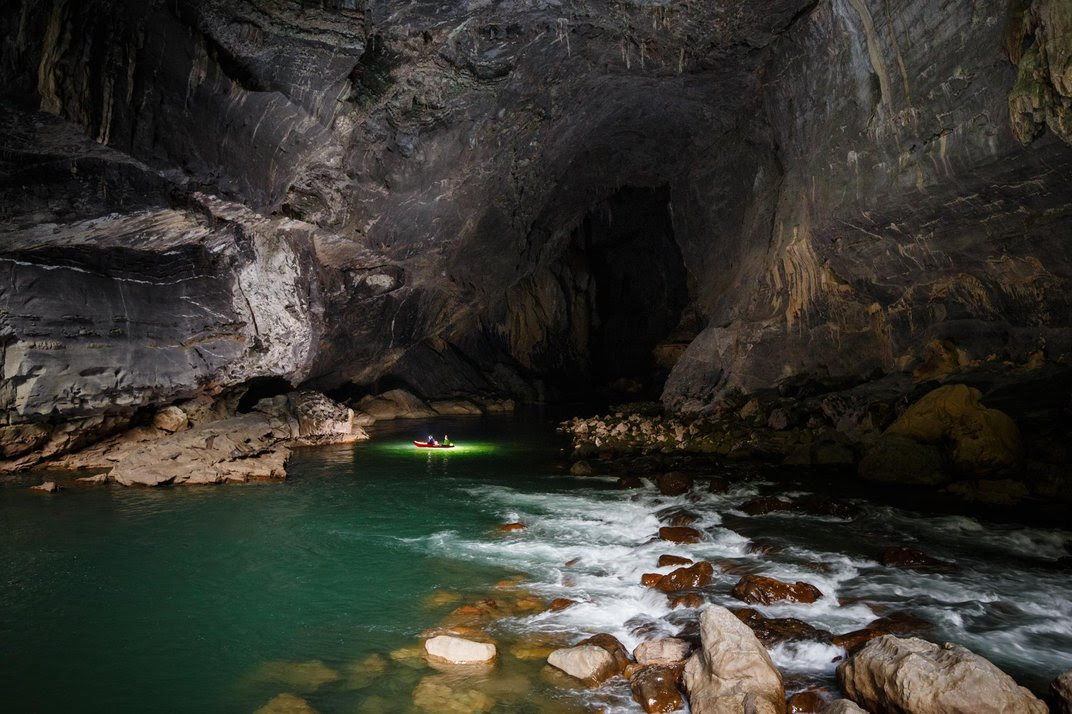 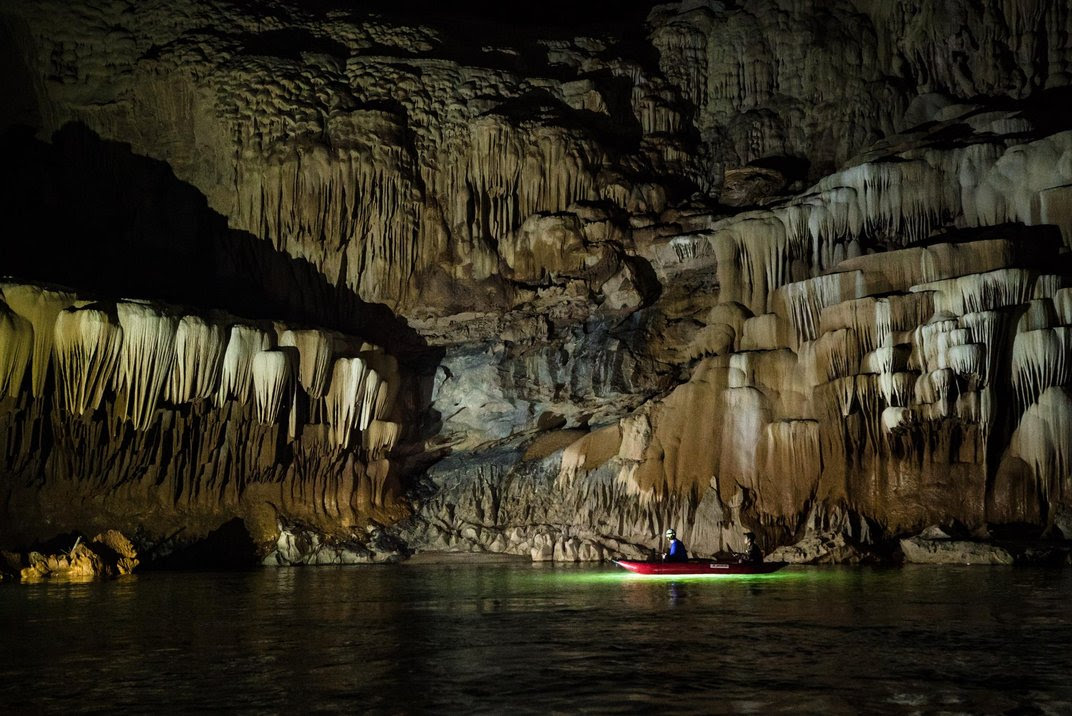 
An Aerial Tour of ‘Hang Son Soong,’ the Largest Cave on Earthby Christopher Jobson on March 13, 2015 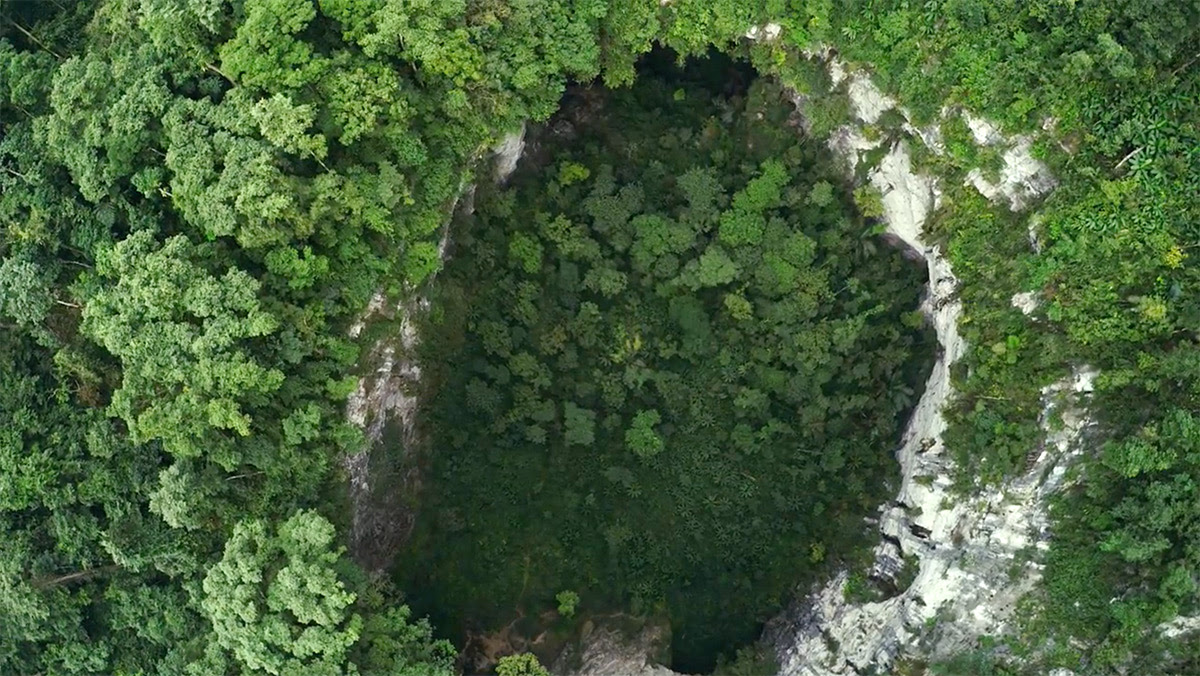 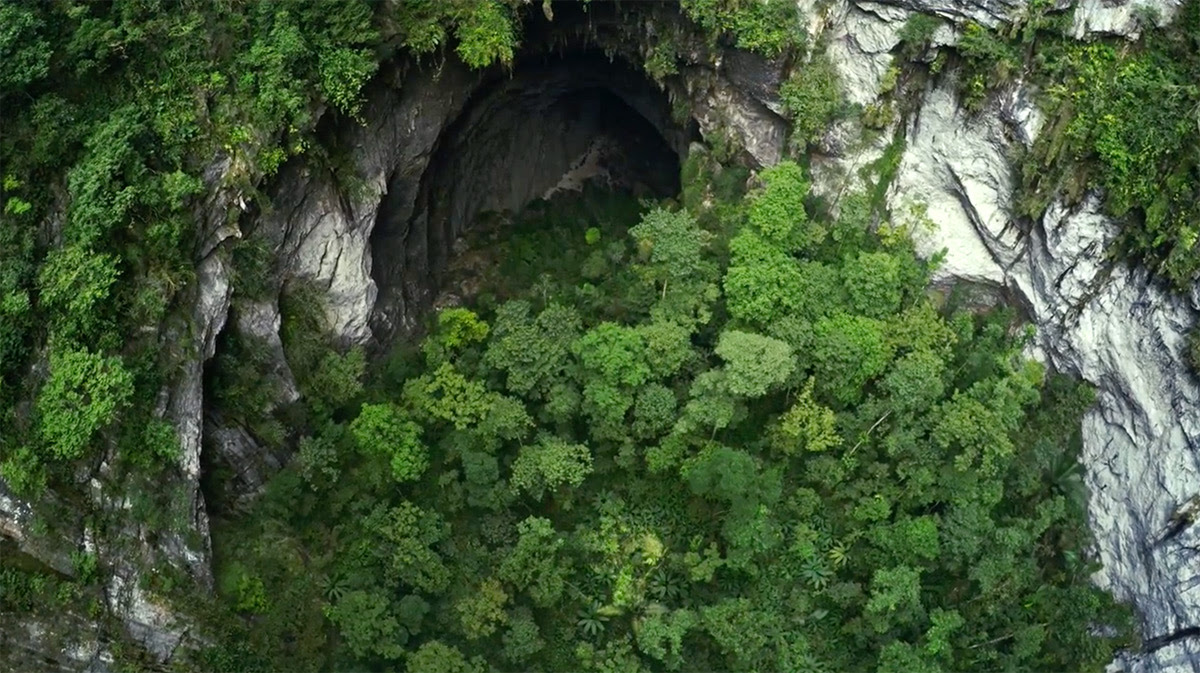 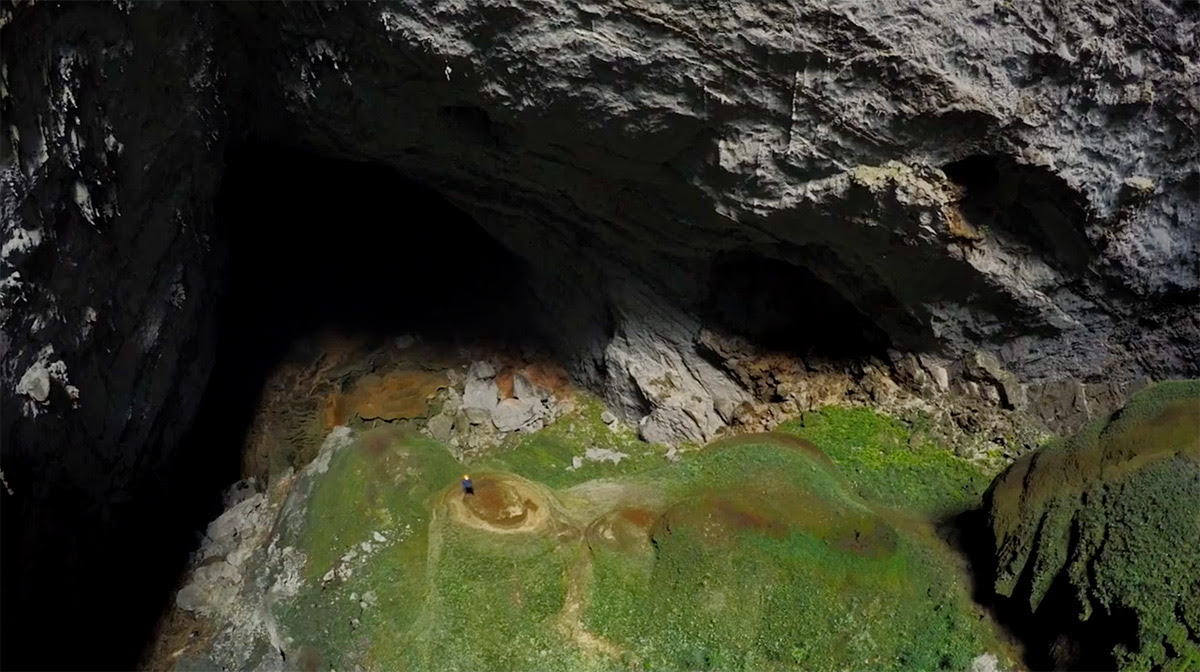 In his new 6-minute film, cave, adventure, and travel photographer Ryan Deboodt takes us on a breathtaking aerial tour of the world’s largest cave, Hang Son Doong, located in central Vietnam. Deboodt brought a drone and an array of cameras to help capture the cave system, the largest chamber of which is 5 kilometres (3.1 mi) long, 200 meters (660 ft) high and 150 meters (490 ft) wide. Despite its enormity, the cave was only discovered in 1991 by a local man, and it wasn’t even studied by scientists until about five years ago. One of the most disorienting thing about watching Deboodt’s film was my brain not comprehending the scale of what I was looking at. It’s only once you notice the ant-like people walking through some of the shots that you realize just how massive this place is. You can see more of Deboodt’s cave photography on Instagram. (via PetaPixel)

Because I'm a big fan of maps as well as British television, below is a detailed map showing where some of the more popular British TV series take place and are filmed in the United Kingdom. 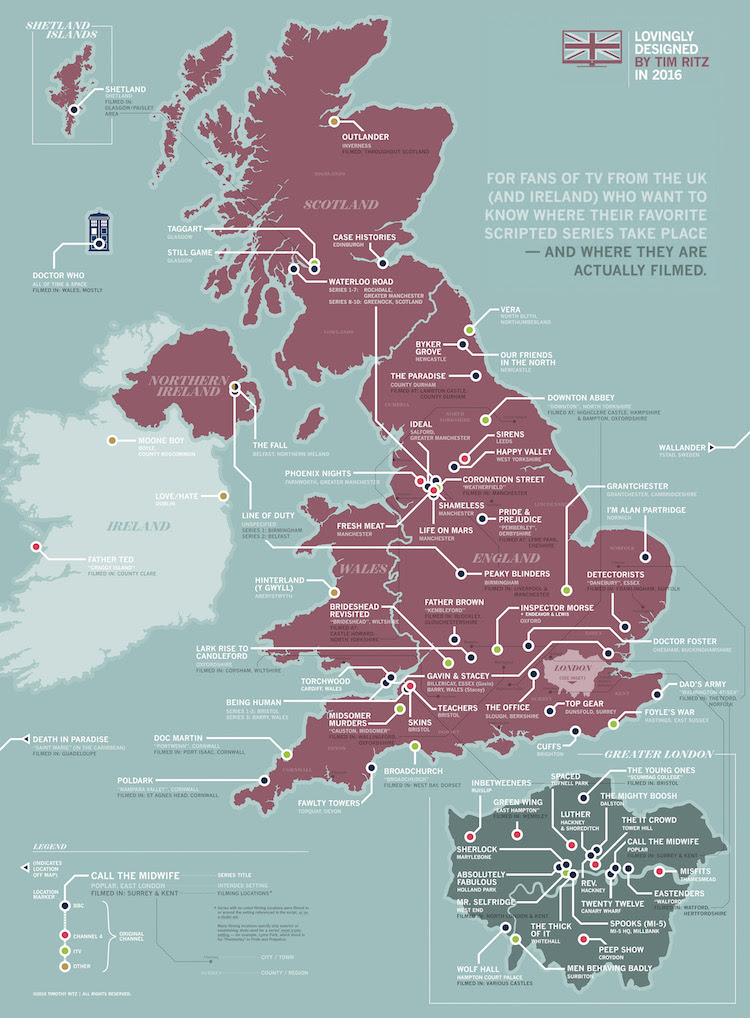 The Great British Television Map by Tim Ritz shows the locations where popular British television series take place and are actually filmed in the United Kingdom. Prints of the map are available through Society6.
Posted by Al H. at 3:10 PM No comments: