I missed the actual date (computer troubles) but since I'm such a huge Tolkien fan I couldn't let this slide. So better late then never. Courtesy of Wired.

John Ronald Reuel Tolkien (1892-1973) didn’t live long enough to witness modern video games, or play Dungeons & Dragons, or even to see his works turned into movies. But as The Hobbit proved popular, and Lord of the Rings (published in 1954 and 1955) later became underground hits in the 1960s, it was clear his vision of Middle-earth had struck a chord. “Frodo Lives” and “Gandalf for President” slogans began to appear on bumper stickers, T-shirts, and buttons. Fan clubs sprang up. As readers began writing him, pestering him for details, noting discrepancies in his universe, and wondering when he’d write the next installment, he began to see how fans could get sucked into his world.
While Tolkien was said to be secretly pleased by how devoted his audience had become, the attention also made him uneasy. He named his readership “my deplorable cultus.” He knew fantasy could be dangerous — a “vast game,” he once wrote to his publisher about his writings, which could be “fatally attractive.” Even to himself.
The reclusive British scholar, lexicographer, and Oxford don was, in a way, the original geek. He specialized in the rather mundane field of philology (the history of languages). Most authors of the early twentieth century were busy smashing Victorian conventions and reassembling the pieces into irony-laden Modernism.
Not Tolkien.
An amateur writer, he didn’t even read contemporary fiction. He eschewed the modern world. He had founded literary clubs with archaic names: the TCBS (Tea Club and Barrovian Society), the Kolbitars society (so named because they sat so close to the fire they virtually bit the coals), and the Inklings. C. S. Lewis, author of the Narnia series, was also an Inklings member. Tolkien hung out with these fellow egghead, Middle Ages-minded pals in pubs, where they drank ale, smoked pipes, and made up stories by firelight. 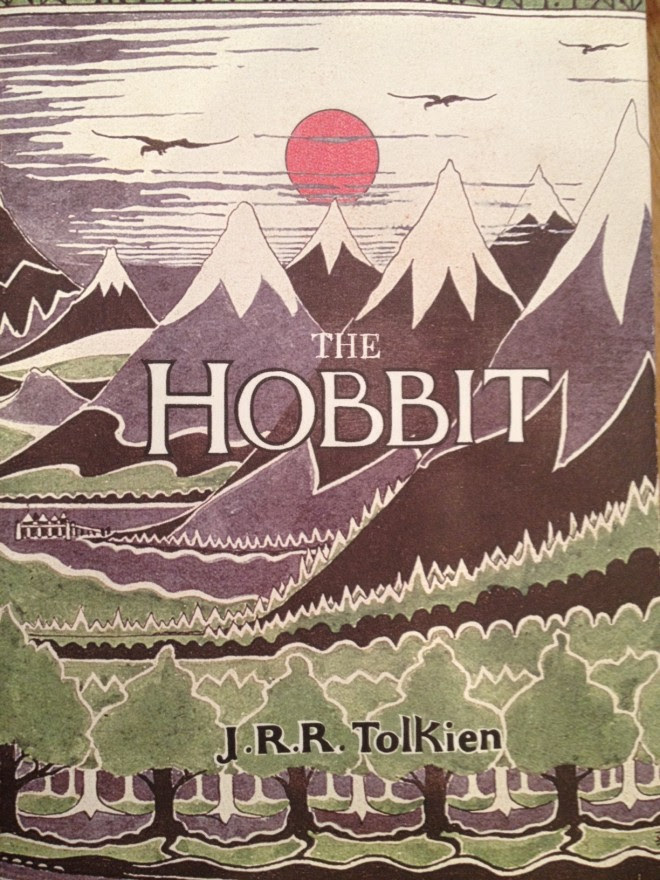 The Hobbit was published 75 years ago today, on September 21, 1937.
To Tolkien the medievalist, Icelandic sagas and  thousand-year-old poems like Beowulf were the finest literature ever written. Domineering dragons and world-weary wizards seemed perfectly legitimate characters for twentieth-century fiction. That’s why The Hobbit made sense. And why it worked. Tolkien wasn’t bowing to literary fashion, he was geeking out on his own passion. He didn’t worry whether his novels were seen as high art or bedtime story; in fact, he was doubtful his creations would have any appeal beyond his children and Oxford colleagues like C. S. “Jack” Lewis. Surrounded by those who didn’t get it, Tolkien was ridiculed. “How is your hobbit?” his colleagues mocked. Despite peer pressure, Tolkien remained undaunted.
The Professor felt compelled to invent legends because, he believed, Britain lacked its own, true, homegrown mythology. With The Hobbit and Rings, all Tolkien wanted, he once said, was to “open the door on Other Time” and “stand . . . outside time itself.” He succeeded.
Because the fantasy genre is well established today, and so  lucrative for entertainment, we forget there was a time when the heroic fantasy was not pop culture’s go-to genre.
In retrospect, what Tolkien accomplished seemed minor. One book. But he was a trailblazer. He wrote fantasy when few others did. Most of his stories were epic in length and told in a lofty language. (The Hobbit was one of his few works not aimed for an adult audience.) Their plots unfolded over a span of many years and often put ordinary characters — like Bilbo and Frodo — in extraordinary circumstances that involved magic, battles, strange creatures, and evil forces. Their quests restored some primal balance to the world.
Of course, with The Hobbit, Tolkien did not invent the genre. But, reviving its rules for the 20th century, he  hit the literary jackpot. Right author, right time. No one could have predicted how well his heroic, romantic, high fantasy would catch on.