This is from over on OpenCulture 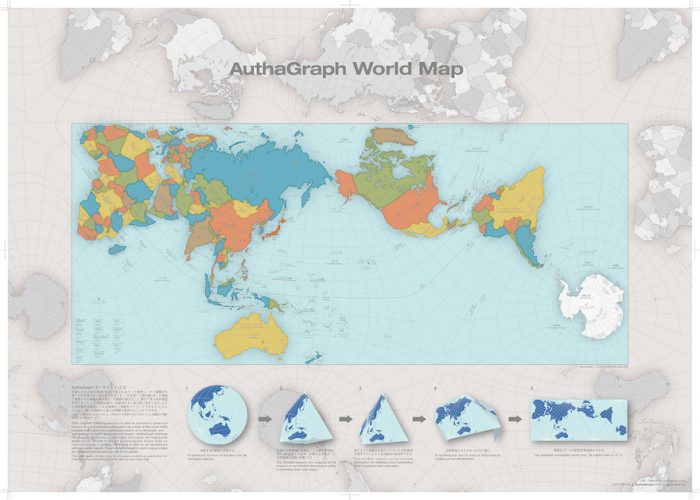 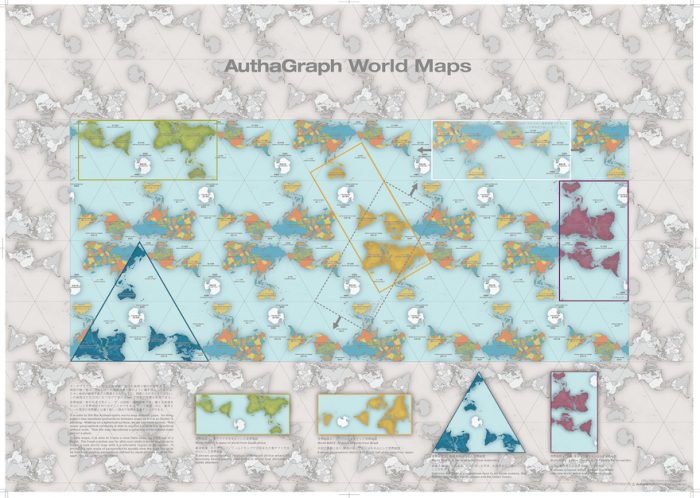 Instead of abstracting the globe into a cylinder, then a plane, as the Mercator Projection did, the AuthaGraph turns the earth into a tetrahedron, which then unfolds in any number of ways, as you can see further up, and “can be tessellated just like an MC Escher painting… much in the same way that we can traverse the planet without ever coming to an end.” Rather than one focal point—the North Atlantic in Mercator’s case—nearly any place around the earth can be at the center. Versions of the map are already being used in Japanese textbooks.
The video above from Ponder explains the AuthaGraph design, which is not—and could never be—100% mathematically accurate, but can, Narukawa writes, with “a further step” in its subdivisions “be officially called an equal-area map.” The concept was important to him because of the urgent relevance of globalist thinking. As he points out, writes Japanese design blog Spoon & Tamago, “A large bulk of the 20th century was dominated by an emphasis on East and West relations. But with issues like climate change, melting glaciers in Greenland and territorial sea claims, it’s time we establish a new view of the world.” Those in the centers of Eastern and Western power ignore the rest of the world at everyone’s peril. It may help to have a much more equitable way to visualize our shared planet. 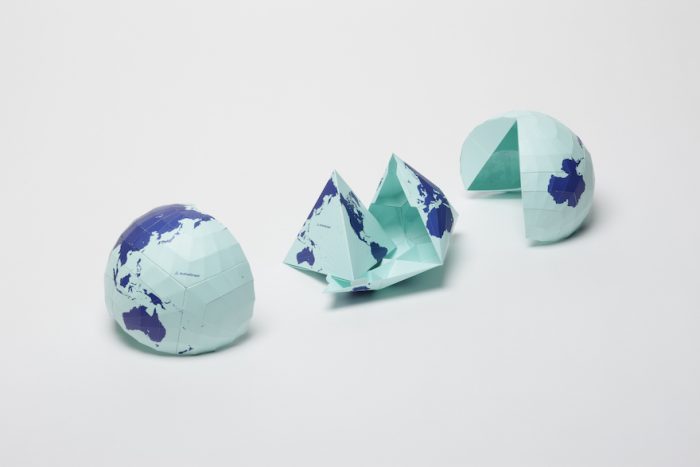