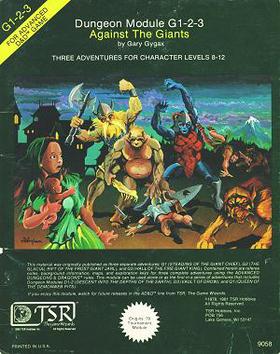 and are proceeding into the 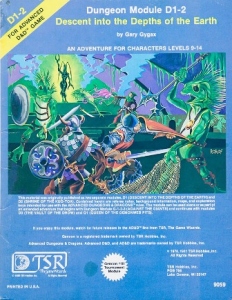 "Descent Into the Depths of the Earth" portion of the whole GDQ series. Now, while I own the original modules, I still like using printed out maps in game, usually as covers in the 3-ring binders I have all my DM notes in. While the maps provided in the modules D1-2 and GDQ 1-7 are all good, I ran across Maldins Greyhawk pages a long while back and he has a color map he re-did for the Dragonsfoot Collaborative Project: Mapping the Depths of the Earth. While I like his map the distinction between the tertiary tunnels and the hidden tunnels are hard to distinguish (for my old eyes anyway). See for yourself.


That's why I dusted it off and edited it slightly to conform more closely to the black and white map in the Descent series, as far as the tertiary tunnels go anyway. I also changed the encounter hex colors for the non-module encounters to yellow as well as the river color. It's easier to just look at the revised map to see the revisions.

For me anyway, it makes it clearer which are the secret passages and which are the tertiary tunnels, as well as distinguishing between the Gygax module encounters at a glance. My thanks to Denis for a fine map.

Now with that all said and done the players, naturally, don't get the pretty printed  out map, but rather they have to make do with the hand drawn map below.

They got this from the deep gnome spy in the Trading Grounds, for the appropriate price of course as well as a promise to debrief him on their escapades in the Underdark as well as any intel on the Drow.
Posted by Al H. at 8:25 PM