Happy Earth Day world! We only have one so let's look after it!

The 10 most surreal landscapes in the world

While some may believe the perfect travel destination consists only of sun, sea and sand, for those with a more adventurous streak, here is a collection of the most surreal and mysterious landscapes on earth. These are places that have intrigued visitors, baffled scientists and captured the imagination of local people for centuries.
Lake Hillier, Australia 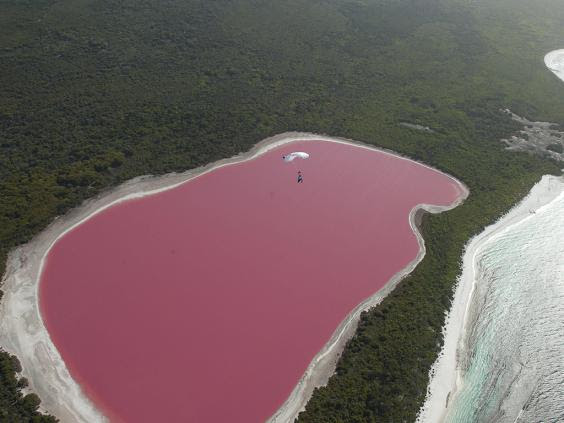 This violently pink saline lake can be found on Middle Island in the Recherché Archipelago, off the coast of Western Australia. While only 600 metres long, the startlingly-coloured lake resembles a piece of Pop Art on the otherwise uniformly green island. The cause of its pink hue continues to baffle scientists. Some experts think it is caused by the low nutrient concentrations and different types of bacteria and algae, while others suggest the pink colouration comes from a sea salt and nahcolite deposit reaction.
Dallol, Ethiopia 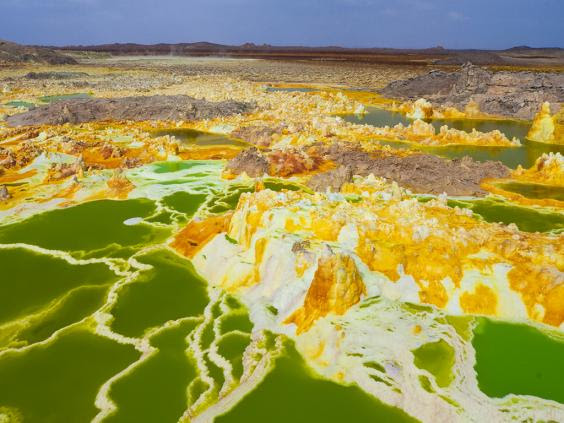 Resembling the scenery of a video game or sci-fi film, Dallol’s volcanic landscape in the Danakil Depression is a geological phenomenon. Its luminous, otherworldly appearance is a result of acidic hot springs, sulphur, gas geysers and spectacular salt formations. However, a note of caution to those planning a visit to this extraordinary crater: the climate in Dallol registers the hottest temperatures of any inhabited area on earth, with average summer highs of 46C. The colourful lakes are, in many cases, toxic and the sulphurous vapours make it difficult to breathe.
Lake Natron, Tanzania 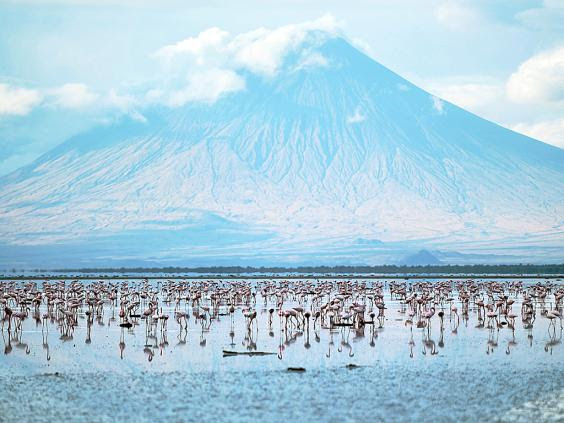 This salt and soda lake in the Arusha Region of northern Tanzania evaporates completely in the summer, leaving an astonishingly blood-red lake floor, thriving with salt-loving organisms and algae. On top of the dramatic scenery, the dry lake is an important breeding area for more than a million flamingos. However, when full, the highly caustic lake is deadly to any animals not adapted to it. One of the most inhospitable environments on earth, Lake Natron is best viewed from the air.
Zhangye Danxia Landform, China 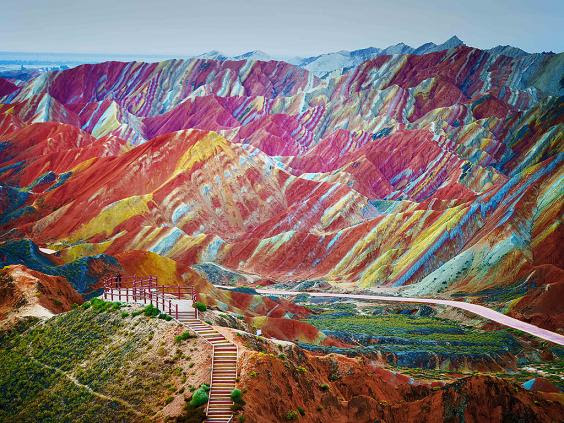 This landscape of surreal, psychedelic colours and shapes has to be seen to be believed. Known as the “eye candy” of Zhangye, the 400 square kilometre geological park can be found in the Gansu Province in central north China. Danxia landform, a type of geomorphology unique to China, is formed of coloured sandstones and conglomerates largely from the Cretaceous age 66 million years ago. Geologists believe it is a result of movement in the Earth’s crust, which makes rock layers appear in different colours, sizes and patterns.
Atchafalaya Swamp, US 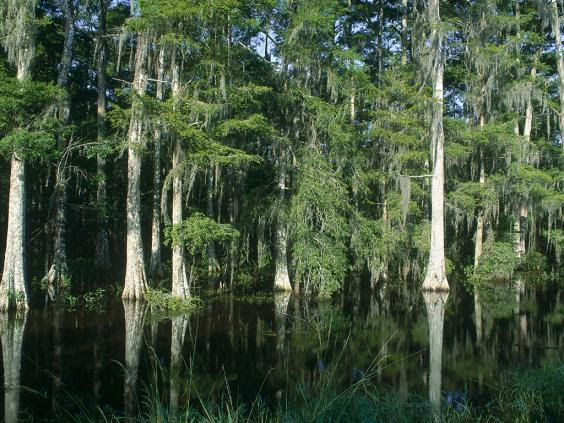 This captivatingly eerie swamp in Louisiana stretches across 5,700 square kilometres, making it the largest in the United States. The vast expanse of wetlands, bayous and marshes is home to beavers, bears, alligators and dozens of endangered bird species. Humans have also inhabited the swamp for hundreds of years, from Native Americans, to fleeing French colonists to present-day Cajuns. Boats can snake through aisles of haunting, moss-draped cypress trees that tower above the water.
Joshua National Tree Park, US 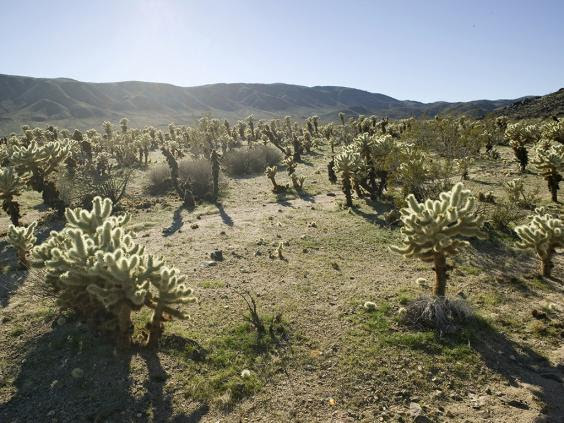 This national park is a gem in south-eastern California that attracts more than a million visitors ever year. Comprising two very distinct desert systems, the Colorado and the Mojave, the park flaunts a variation of vast, parched wilderness to the east and sandy plains adorned by the otherworldly, giant branching yuccas – Joshua Trees – to the west. They are the largest type of yucca and are endemic to the Mojave desert. Numerous visitors come to the park for its fantastic rock piles, formed more than 100 million years ago, which offer many opportunities for climbing and hiking.
Tsingy de Bemaraha, Madagascar 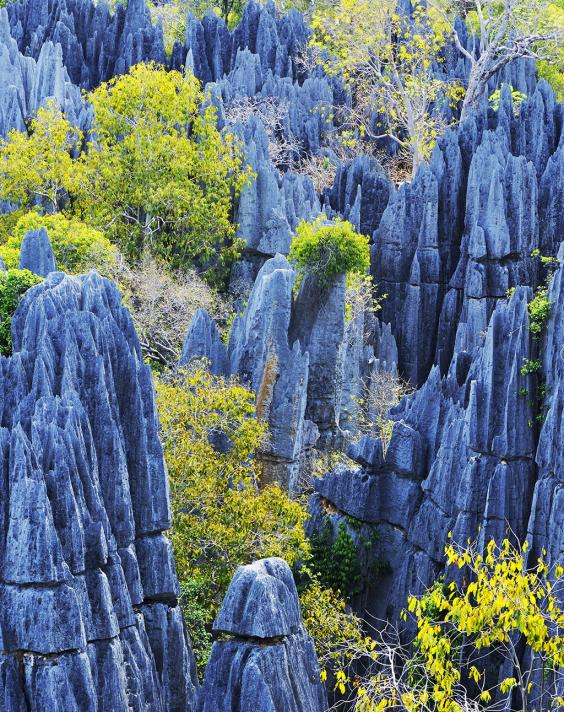 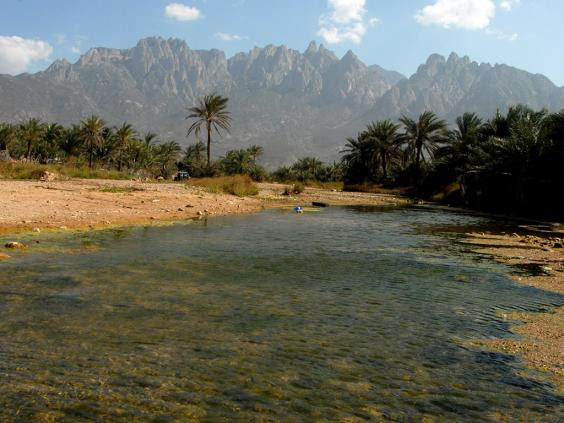 A hub of biodiversity in the Indian Ocean, Socotra is an archipelago of four islands located some 200 miles south of the Arab peninsula. Its geological isolation and fierce heat has left it with some of the highest numbers of unique species of anywhere in the world. Nearly 40 per cent of all plant species on the islands are found nowhere else on Earth. Among the most famous and distinctive of these is the dragon blood tree, which bears the remarkable appearance of a giant green mushroom. The tree’s resin, called dragon blood, is highly prized by locals and used as medicine to treat almost all ailments. However, with Yemen currently on the Foreign Office’s no-go list, it’s best to appreciate Socotra’s strange beauty on screen only.
Cappadocia, Turkey 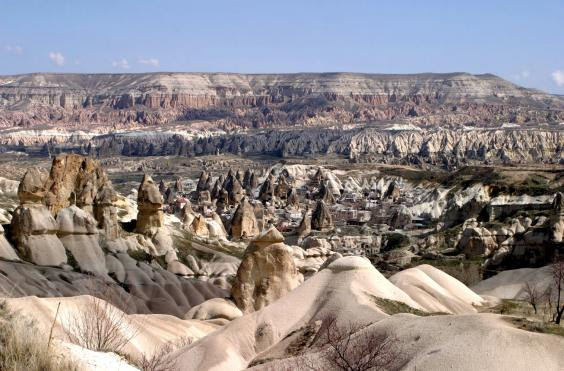 The phantasmagorical landscape of the Göreme National Park in Cappadocia, is a product of both natural phenomena and human intervention. Volcanic eruptions and erosion have contributed to the formation of the fairy-tale-like rock cones, pillars and mushrooms stretching up to 40 metres high. Meanwhile, human hands developed a network of extraordinary caves and tunnels under the rocks some 3,500 years ago. These underground settlements cover over 100 square miles, and while most of the cave dwellings are currently unoccupied, some still serve as homes and others as hotels.
Salar de Uyuni, Bolivia 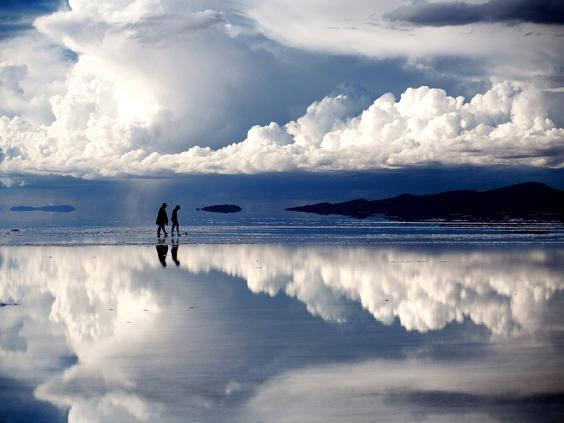 The Earth’s largest salt flat, situated near the crest of the Andes in southwest Bolivia, may give the visitor the illusion of being able to walk on air. This breath-taking expanse of salt crust covers more than 10,000 square kilometres, essentially resembling a giant mirror. According to the legend of the Aymara people of the Andes, the Salar is formed of the tears of the mountain goddess Tunupa after she was abandoned by her husband Kusku.