Travel Times Over the Past 200 Years

The classic Atlas of the Historical Geography of the United States shows exactly how travel times across the United States have evolved over time. Back in the early 1800s, without easily navigable roads or railroads, even a journey from New York to Washington, DC, was a multi-day affair. 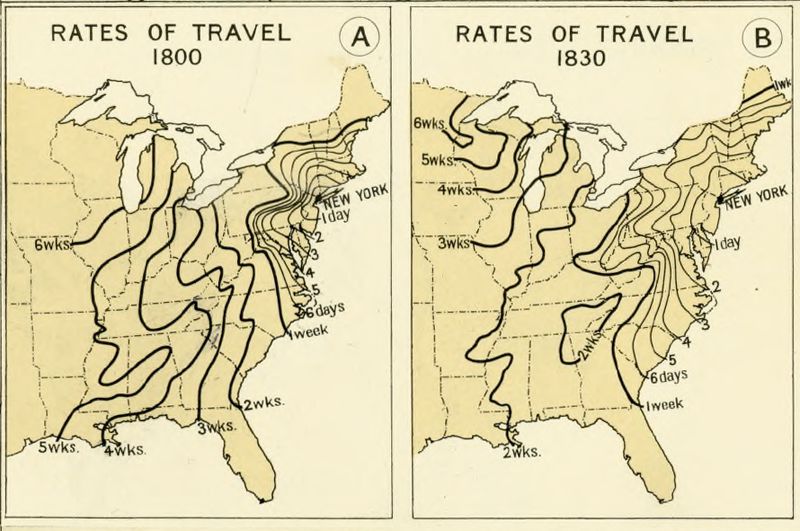 Over time, that slowly improved. Construction on theNational Road, which stretched from Cumberland, Maryland, across the United States, began in 1811 and continued through the 1830s. The advent of the steamboat also made it easier to use rivers.

The big advance, however, came through trains. By 1857, railroads had improved travel times significantly — culminating with the development of the Transcontinental Railroad in 1869. Even in 1857, travel was easier, thanks to the railroad system. 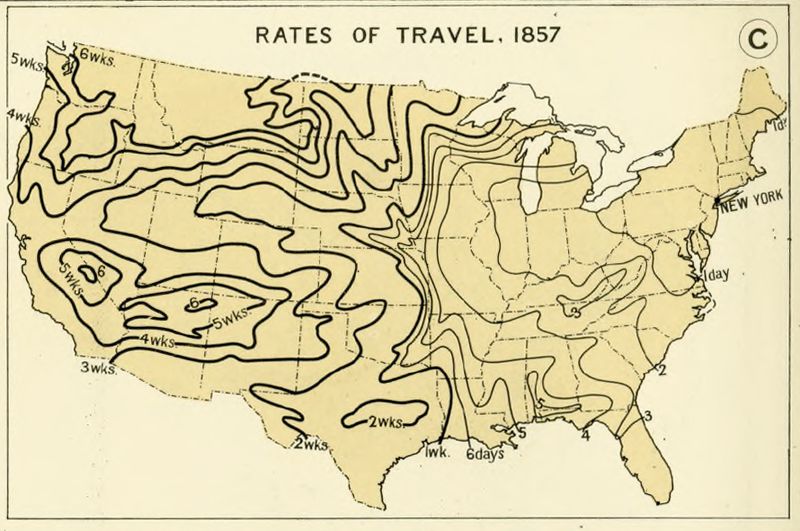 By 1930, railroads had successfully compressed travel times to a couple of days versus the many weeks it took in the 1800s. 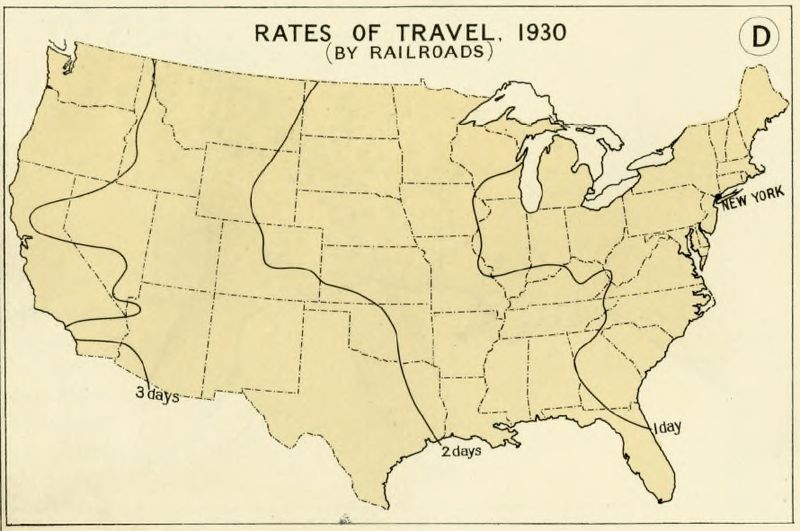 These maps don't just show the rapid pace of technological progress, however. They also show how that progress advanced unevenly, in fits and starts. Railroads didn't reduce travel times right away — they still required significant infrastructure investments, ranging from laying down tracks to building tunnels. That took decades.

The same thing happened to airline travel. This map of air travel times in the 1930 shows it was a huge advance on railroads. But it was still significantly slower than air travel is today: 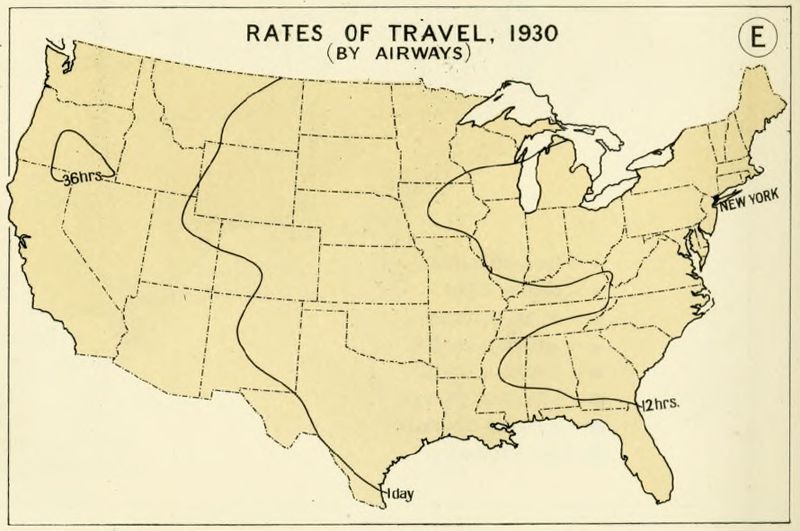