Caught this from  Justin Page.

Aside from being a big Star Wars fan - original trilogy, these are just way cool maps of the films.
I thought I'd share them, also since I lose a lot of bookmarks every so often, this should hopefully remedy that. 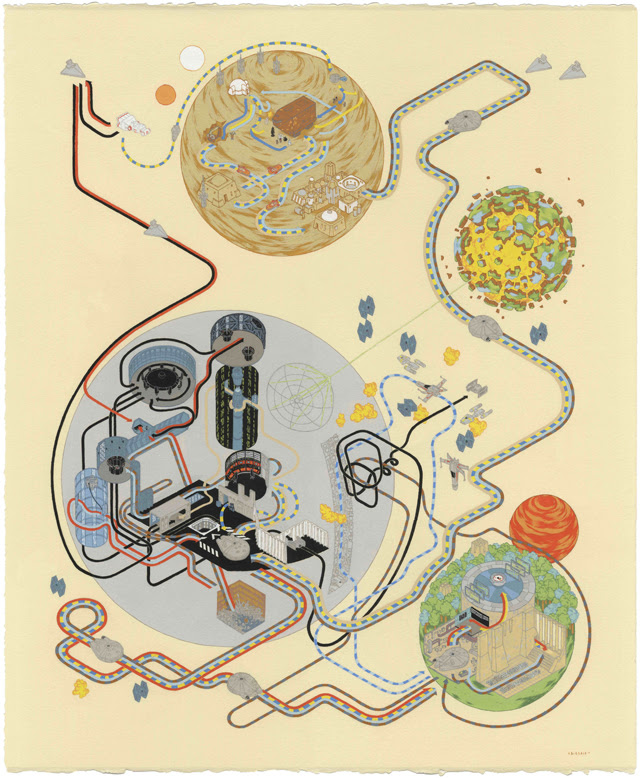 Philadelphia artist and teacher Andrew DeGraff illustrated a great series of maps that each represent a film from the original Star Wars trilogy: A New Hope, The Empire Strikes Back and Return of the Jedi. They were created for his upcoming gallery show with artist Bennett Slater opening on Saturday, January 5th at Gallery 1988 in Los Angeles.


Each character is represented as a colored line, and follows their progress through the entire film. The alternating colored lines represent characters traveling together who have a special bond, sometimes for only a short time. I’m also doing all three of the first Indiana Jones movies. 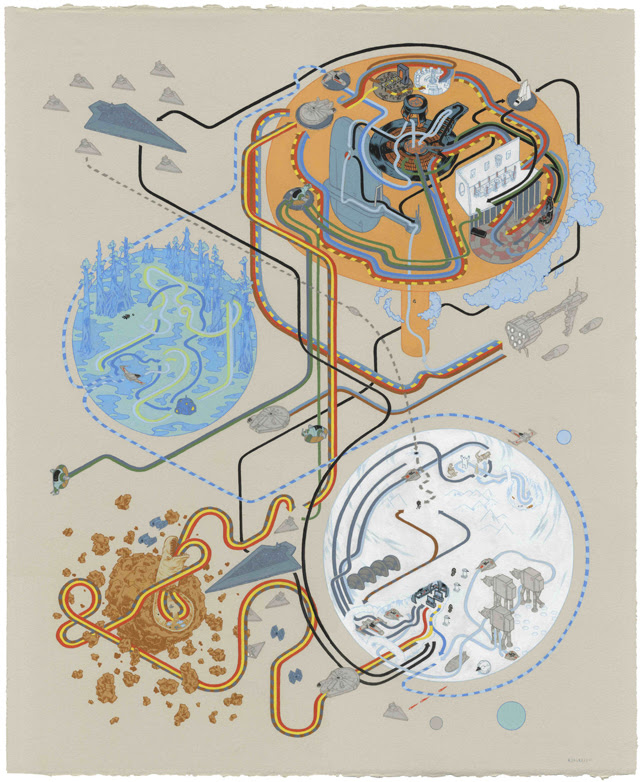 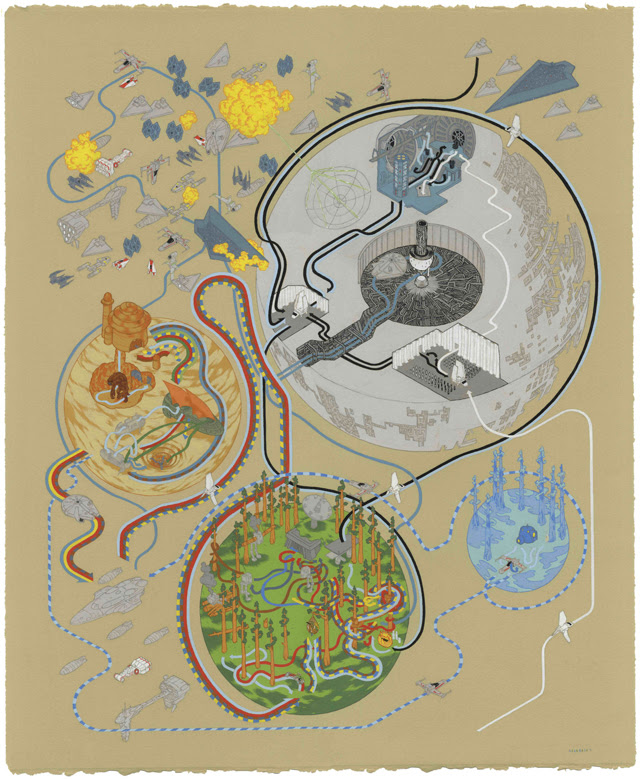