B2 Keep on the Borderlands - #16 Guildhouse - Blue Map

Yesterday I went over some of the maps and setup for my current online game. That mostly dealt with the surrounding areas and the Keep overview. Today and in the next few posts I'm going to get into actual buildings inside the Keep. As Gary put it;


Certain buildings of the KEEP will frequently be visited by the adventurers (such as the Travelers Inn, Tavern, and Provisioner). Floor plans are very useful in visualizing these areas. For information on their preparation, refer to the section entitled “Designing Floor Plans” near the end of the module. 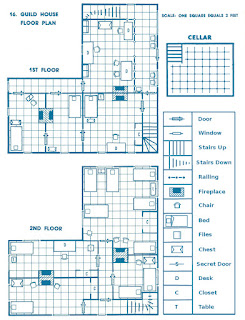 Now the one map of the buildings inside the Keep that is provided in the module is the Guild House (#16 on the map). It's a great starting point, but I like my maps old school blue, so I took it and adjusted the color as well as adding a cellar to the original plans. For anyone intimately familiar with the floorplan you'll notice that the secret doors/passageways have been removed from this, the player's version of the map. At some later point I will revisit these posts and put up the DM versions as well.

Over the next several days I will be posting floorplans for the other buildings in the Keep. My maps will be more old school blue based on some hand drawn maps I found some time ago. 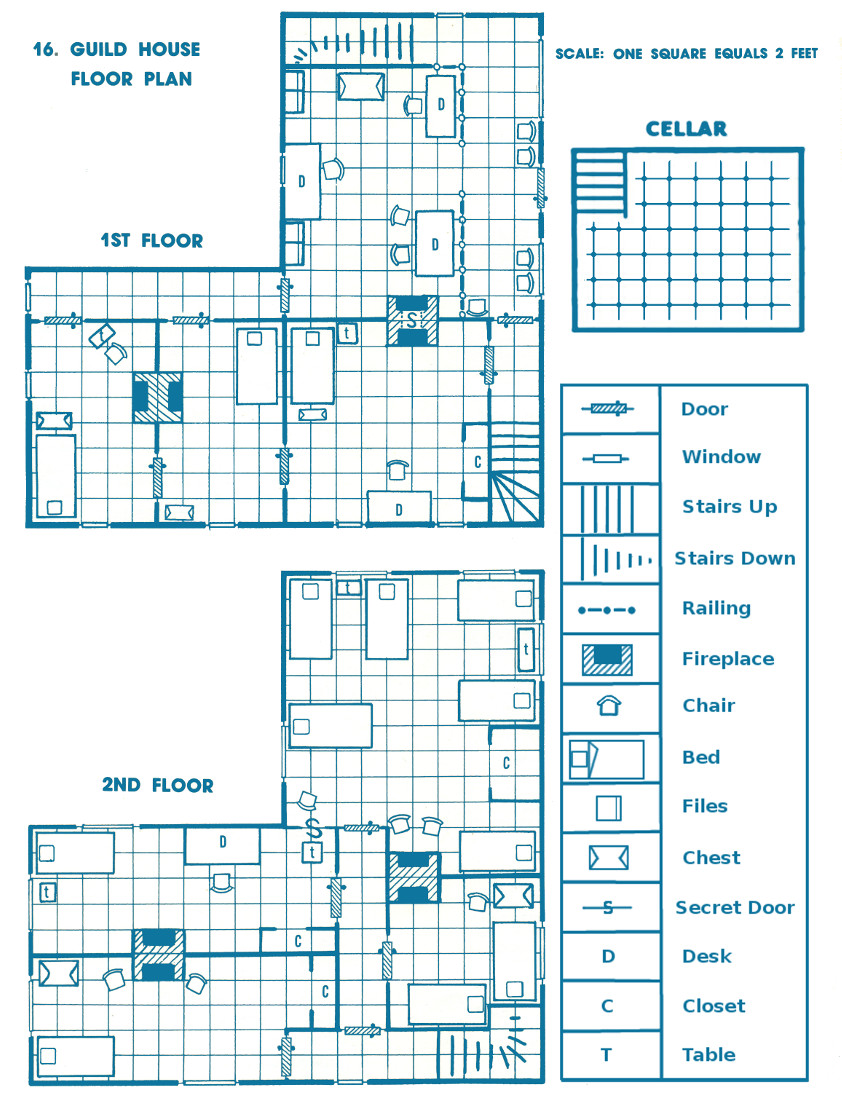 Email ThisBlogThis!Share to TwitterShare to FacebookShare to Pinterest
Labels: ADnD, B2, GCC, Greyhawk, Keep on the Borderlands, map, OSR, RPG